With them being such an energetic and excitable breed of dog, knowing how to calm a staffy is important for all owners. Often, their excess energy comes from things like boredom, lack of exercise, or they’re simply excited about something you’re doing.

At some point, this excess energy is going to come out. It’s either going to be in a positive way such as a walk or a negative one such as tearing apart the sofa cushions or even shaking and trembling. It all depends on how you approach the situation.

Regardless of how they express their energy, there are proven methods to keep their hyperactive tendencies in check.  In this article, we’ll go over some of the methods you can use to calm a Staffordshire bull terrier to help give you a better sense of control.

No longer will you have to worry about being overwhelmed by staffy’s excess energy. With all the information you’ll learn below, you’ll have enough knowledge to avoid these situations as much as possible. 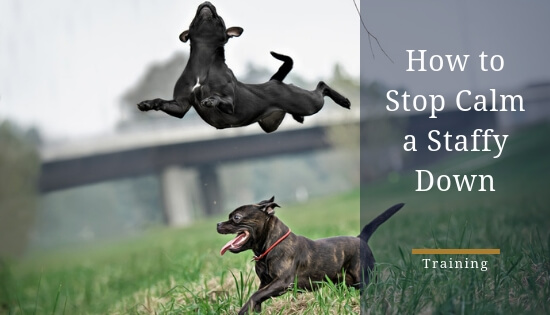 We have listed a few different calming techniques below. After learning these, you’ll have enough options to stop any situation from getting out of your control. Each one has been shown to have remarkable effects on overly-excited staffies.

As any dog owner knows, dogs love attention. In fact, their whole life revolves around trying to gain their owner’s focus, but staffies are in a class of their own when it comes to attention needing behavior.

Due to this, next time your staffy is being over-excited ignore them altogether. Don’t talk to them, look at them, or touch them. Just turn your back and wait for the behavior to stop. 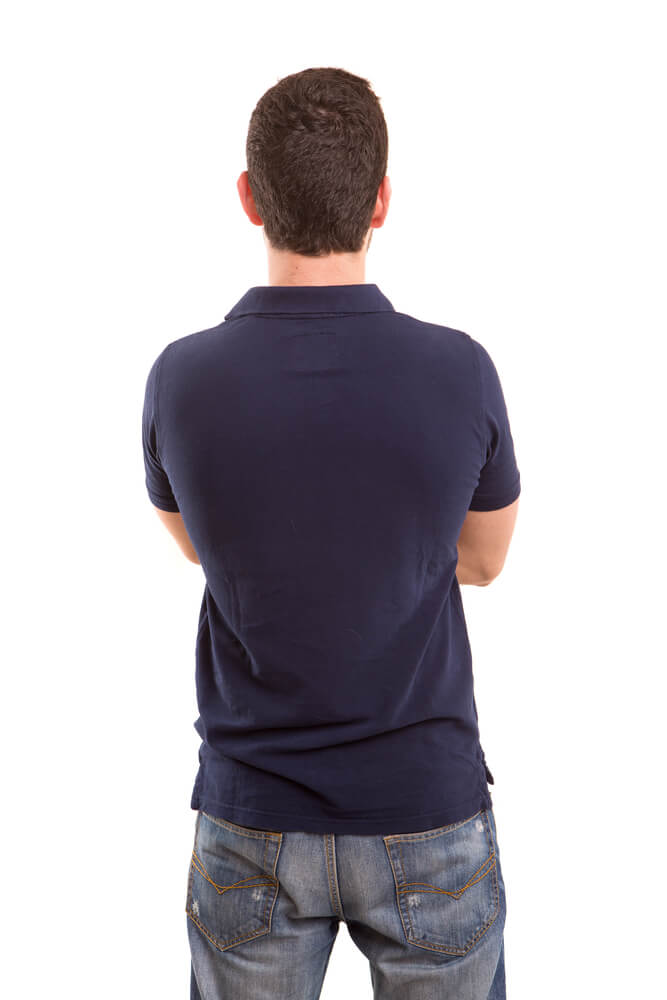 By turning your back on them, you’re showing them that being hyper doesn’t gain your attention but instead makes it go away. You’re tapping into their need for your focus to alert them that jumping up and down isn’t a good behavior.

After a minute or two, your staffy should get the message and calm right down. It’s surprising how fast denying a dog of your attention calms them down.

An easy way to calm a dog down is redirecting their energy into something positive. For example, a nice long walk is a great way to rid your hyper staffy all their built-up energy that’s making them go bonkers.

After all, a tired staffy won’t have the necessary energy to keep jumping up and down. They’ll be too focused on getting some rest to act in a hyper manner.

In other words, all the frustration the built up energy was causing them will flutter away while they're strutting their stuff in the outside world. So, the next time your staffy starts acting rowdy pick up their leash and take them on an adventure.

And if you don’t have enough time for a walk, try a short but rigorous play session. For instance, maybe a quick game of fetch or tug-of-war will release some of their energy.

Read our staffy exercise article for more ideas on using up that stored energy.

Dogs are a reflection of their owners. If you’re calm, they’re going to feel your sense of calmness and reflect it back. So, try your best to project a positive calming energy that doesn’t evoke any excitement.

Therefore, baby talking towards your staffy is the antithesis of creating a calm environment. I know, its fun to communicate in this manner with your dog. But all it will do is make your dog more excited.

It comes off like you’re encouraging them to keep doing what they’re doing. Instead of correcting the hyper behavior, you’re reinforcing it as being something they're supposed to be doing.

So, hold off on the baby talk or any high-pitched talking until you’re comfortable with being able to control your staffy’s hyperactive personality. It will make things worse and could stunt your staffy’s training.

Removing your dog completely from noisy and potentially stressful environments, as suggested by the experts at MySweetyPet should also be considered in certain situations. For example, during a large gathering it may be wise to have a friend or family member take care of your dog.

4. Restrict Their View of Outside

Allowing your staffy to look out of the window is feeding into their hyper personality. You’re baiting them into acting crazy. If your staffy sees a person or a feisty squirrel outside, they're going to get excited, and barking will ensue.

It’s in their nature, and you can’t argue against nature. Therefore, putting up curtains or even confining your staffy to an area of your house with windows away from the street helps keep them calm.

Also, you can try buying some baby gates to keep your staffy in a calm, isolated area. By doing so, you’re taking away potential triggers from the outside world that could cause your staffy to get rowdy.

Another added benefit is it will make your walks and trips to the park much more exciting for your pup.  This sense of creating more excitement might seem as though it goes against the point of this article but outside is where your dog is supposed to unleash their energy.

5. Keep them Entertained with Toys!

Having toys lying around the house is an excellent way to curb bouts of hyper-aggression.  It can help direct their energy towards playing rather than tearing apart your curtains or pillows.

In fact, chew toys are essential to curbing hyper behavior because they offer your dog an acceptable option for chewing. In other words, your staffy will chew on these toys instead of your coffee table. 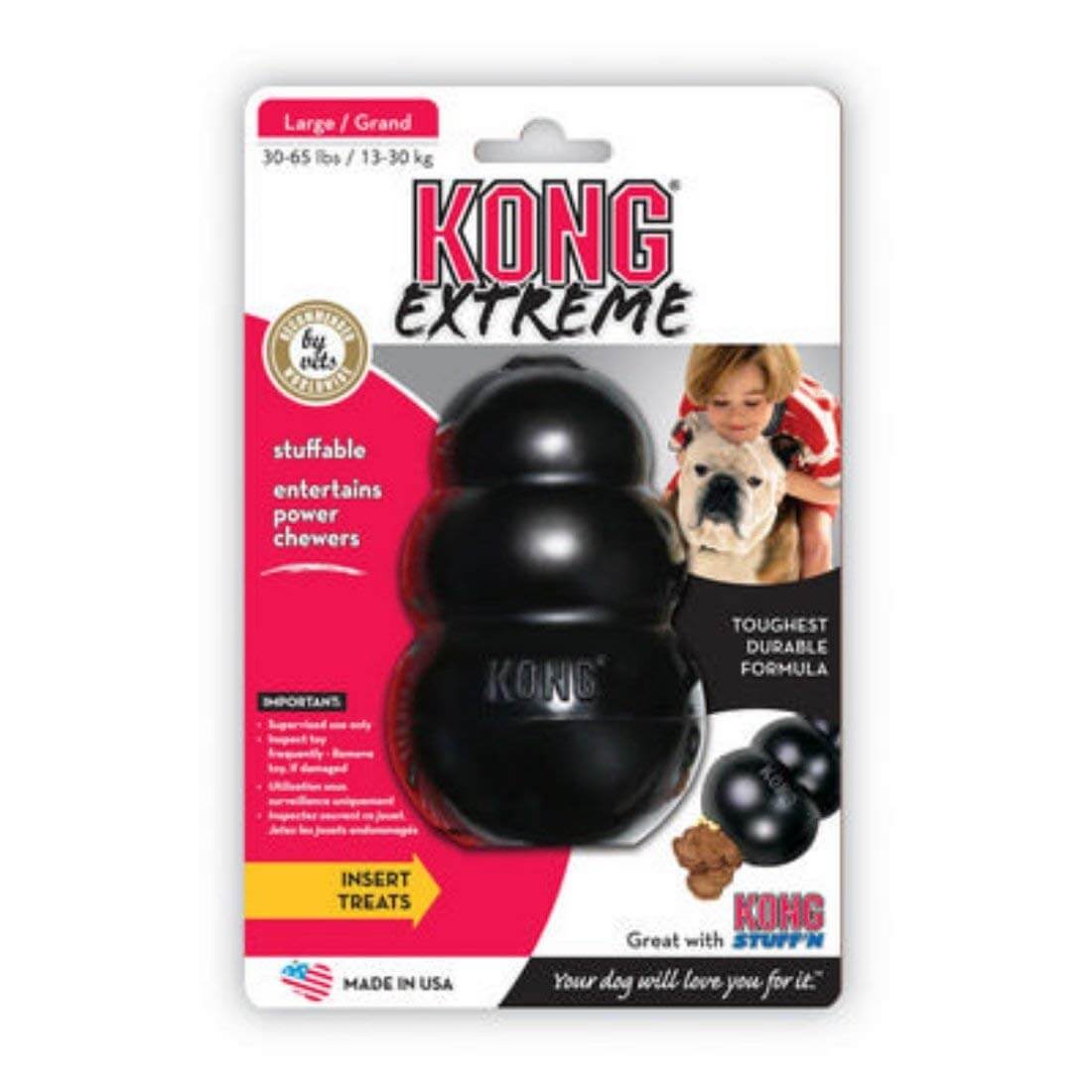 One of our favourite, hard-wearing toys: Kong extreme. View prices on Amazon here.

Read our article on the best indestructible dog chews for staffies.

Plus, a multitude of toys helps keep your staffy from ever becoming bored. With toys laying all about, they’ll never end up frustrated from all their pent-up energy. These toys give them something they can release their energy towards; it’s like diffusing a bomb before it ever gets built.

And you can join in on the fun too by using certain toys to play something like fetch or tug-of-war. In the end, it’s all about redirecting your dog’s energy into something positive rather than towards an item you don’t want them to destroy.